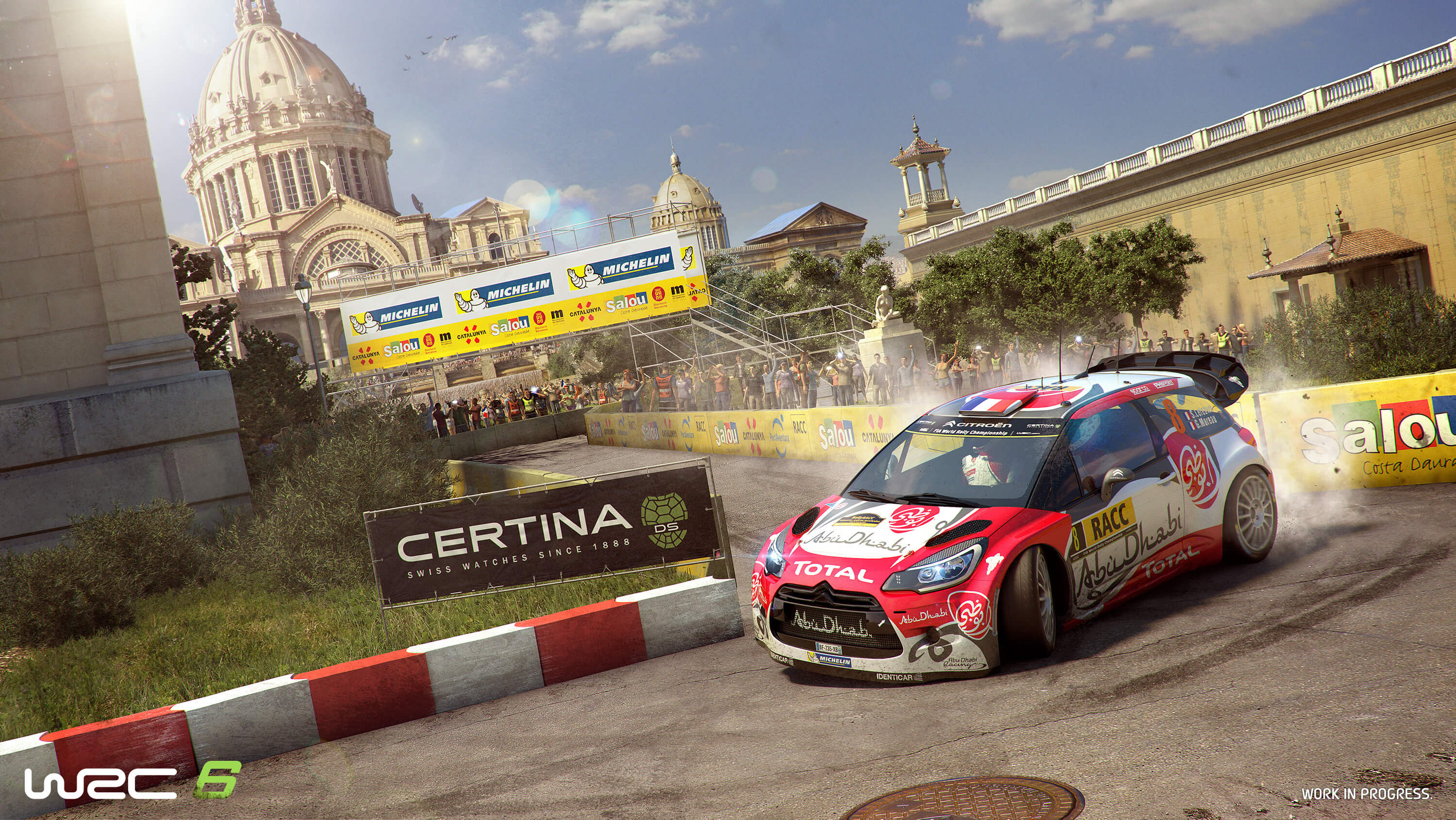 WRC 6 NOW IN STORES FOR PLAYSTATION 4, XBOX ONE, AND PC/STEAM.

SANTA CLARA, Calif., (Mar. 3, 2017) – Leading interactive entertainment developer and publisher BANDAI NAMCO Entertainment America Inc. and Bigben Interactive, a worldwide player in video game publishing, have released WRC 6, a new entry in the acclaimed rally racing series. WRC 6 enables players take on all 14 official rallies, play-as or against the official drivers and teams in the 2016 FIA rally season for a complete racing series. WRC 6 is now on sale in the Americas or the PlayStation®4 computer entertainment system, Xbox One, and PC via STEAM®.

Developed by Kylotonn Racing Games, WRC 6 is an extreme motorsport challenge that offers the complete rally experience with accurately reproduced tracks, teams, and drivers from the World Rally Championship. In addition, the game offers 11 new Super Special Stages that combine unique driving challenges with iconic environments from around the world. To help friends compete against each other, WRC 6 includes a split-screen multiplayer mode, diverse and challenging new stages, the eSports WRC Championship, and more realistic vehicle behavior to help players lose themselves to the rush of the race.

Racers who have mastered every jump, turn, and terrain of WRC 6 will have an opportunity to put their racing skills to the test with a series of official competitions for Season 2 of the Esports WRC Championship. The championship is open to all WRC 6 players to enter where they’ll compete in a series of rally races that run parallel to the official WRC calendar. The eSports WRC Championship rounds end in November 2017, followed by a final competition. Players will have multiple opportunities to put in their best performances through a variety of conditions and stages. The routes and additional information will be available before each event on www.esportswrc.com .

“Since its start in 1973, the FIA World Rally Championship has become the authoritative name in gritty and challenging rally races. We can’t wait to see gamers climb in the driver’s seat and experience the high octane driving experience the talented teams at Kylotonn and Bigben have created to bring the rallying action to gamers,” said Eric Hartness, Vice President of Marketing at BANDAI NAMCO Entertainment America Inc. “With its fast cars, fierce eSports competition, and rich roster of courses, WRC 6 lives up to that world famous racing series and truly puts players in the driver’s seat.”

“We’re excited to work with BANDAI NAMCO to bring the excitement of the newest season of the FIA World Rally Championship to the Americas. Perhaps the best part for us will be seeing racers from around the globe squaring off to determine who in the best racer in the world,” said Benoît Clerc, Head of Software at Bigben Interactive. “We work hard to make games that everyone can enjoy, and with WRC 6, beginners and veteran racers alike will have an opportunity to experience the exhilaration of rally racing at the highest level. There’s something here for everyone!”

WRC 6 is available for PlayStation®4, Xbox One and PC via STEAM®. For more information on BANDAI NAMCO Entertainment America Inc. and WRC 6, go to: http://www.bandainamcoent.com/home.html or follow us on Facebook at https://www.facebook.com/BandaiNamcoUS or join the conversation at https://twitter.com/BandaiNamcoUS.