Comments Off on The Game of Life: 2016 Edition Posted in Mobile 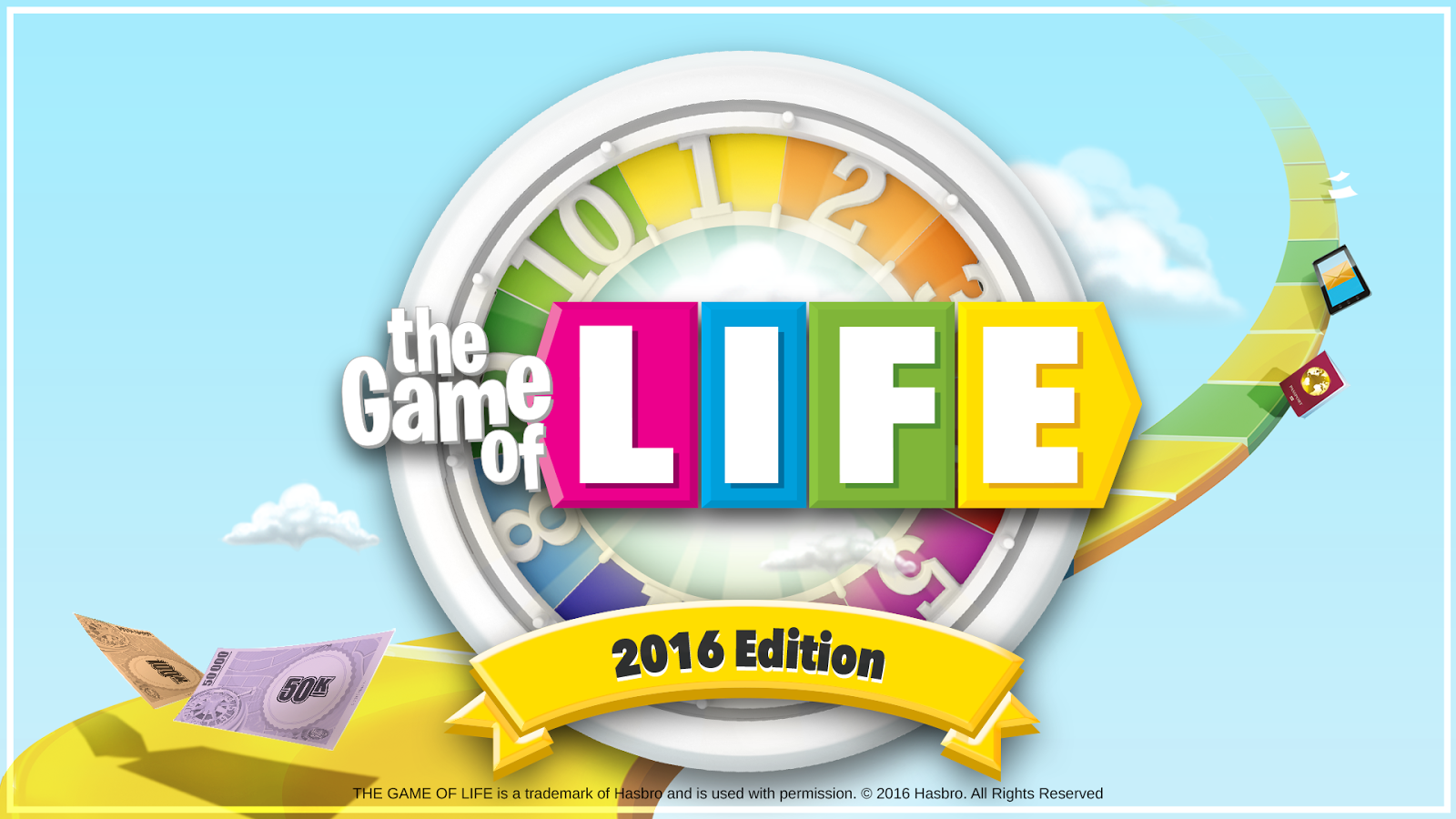 ..FROM MARMALADE GAME STUDIO AND HASBRO HAS ALL-NEW MULTIPLAYER, FAST MODE AND SOCIAL FEATURES TO ANDROID AND iOS.

London, UK – 19 July 2016 – Marmalade Game Studio and Hasbro team up to bring another world-renowned gaming brand to mobile devices. THE GAME OF LIFE: 2016 Edition game is the latest, fully-reimagined version of the classic family game and it’s now available with new online and local multiplayer, social integrations and Fast Mode for iOS and Android.

THE GAME OF LIFE: 2016 Edition game is a new way to enjoy a fun, family classic. In taking this classic game cross-platform, Marmalade Game Studio and Hasbro have added fresh new features like Multiplayer Online, Fast Mode and social connectivity for players on iOS and Android. Working together, Marmalade and Hasbro have updated this timeless classic by allowing audiences to play the classic spin to win title against each other online for the first time ever.

“THE GAME OF LIFE brand is a significant title for Hasbro and we look forward to our playing community having the opportunity to spin the wheel and start their journey on iOS and Android,” said Mark Blecher, senior vice president of Digital Gaming and Corporate Development at Hasbro. “Marmalade Game Studio has created a playful, engaging mobile game for iOS and Android that will delight fans of THE GAME OF LIFE. ”

“Marmalade is excited to be extending its relationship with Hasbro as we deliver THE GAME OF LIFE: 2016 Edition game to a global audience on two of the most popular platforms in the mobile world; Apple iOS and Google Android,” said Bruce Beckloff, CEO of Marmalade Technologies Ltd. “In utilising the award-winning Marmalade Platform, we are giving a new audience a much-loved board game for all the family in a new digital format.”

Game Description:
Players, online and offline, spin the wheel and journey through life: earning a college degree, getting married, having children and investing in property. Game pieces come to life on screen as players make their way around a spectacular, 3D animated board game that is fun for the whole family.

Your Goal:
Players can now enjoy THE GAME OF LIFE: 2016 Edition game in online multiplayer mode through the all-new matchmaking feature, or they can play locally between a group of their friends using the Local Play functionality. The goal is to have a fulfilling virtual life, keeping family, career, assets and adventures in a perfect balance. Players wanting to enjoy a quicker game can choose another new feature, Fast Mode.

You can compete against others online with all-new online matchmaking. Spin to win and race toward retirement at the final yellow tile in this seamless, synchronous multiplayer mode.

You can compete with up to three friends on one device by passing it to each other between turns. Players are also able to play on their own against the computer.

Connect to Facebook and let THE GAME OF LIFE: 2016 Edition game welcome you to a customised experience. Players can challenge up to three of their Facebook friends to an Online game, choosing between a Full or a Fast Mode.

​Fast Mode is a new way to play THE GAME OF LIFE game exclusive to Marmalade Game Studio’s version of the digital board game. Involving up to four players, the highest spinner of the first round selects a quick winning goal all the players race for. The first player to meet this goal wins, regardless of money collected.
In Full Mode, players enjoy the classic board game experience of THE GAME OF LIFE game. Up to four players compete to live the most successful and rewarding virtual life. Collected Houses, Children, Loans and Action Cards all count towards a player’s success. Full Mode gives players hours of fun.

In the Statues minigame, each player has to reach the centre of the famous rainbow-colored spinner but standing in their way is an attentive guard. Players can only move their peg forward when the guard is looking the other way. If the guard sees the player’s peg coming, they’re sent back to the beginning.
Grab the Cash is an action minigame all its own. Players move their pegs from left to right catching banknotes as they descend from the spinner while simultaneously avoiding loans. The player with the most money at the end wins.

Pricing And Availability:
THE GAME OF LIFE: 2016 Edition game is available in most countries on Apple App Store and Google Play for £2.99 now.

Marmalade Game Studio and Hasbro invite all game lovers and casual game fans to download THE GAME OF LIFE: 2016 Edition game for iOS and Android by following the respective links to the stores.

You can find out more about THE GAME OF LIFE: 2016 Edition by visiting the dedicated Marmalade Technologies webpage or by heading to the game’s Facebook Page.

About Marmalade Game Studio
By harnessing the Marmalade Platform and other leading technologies for front-line game development, Marmalade Game Studio develops best-in-class titles for an impressive client list of brand and IP owners across the globe, as well as exciting original projects like unique match-three title Spinguins.

Marmalade enables developers to create great content on any device. The powerful Marmalade Platform is used to build high performance 2D and 3D games and apps using its flexible development environment. It provides developers with access to an exceptional ecosystem of partner services, tools and technologies that work seamlessly with Marmalade, enabling developers and game makers to execute their vision without compromise.

About Hasbro
Hasbro (NASDAQ: HAS) is a global company committed to Creating the World’s Best Play Experiences, by leveraging its beloved brands, including LITTLEST PET SHOP, MAGIC: THE GATHERING, MONOPOLY, MY LITTLE PONY, NERF, PLAY-DOH and TRANSFORMERS, and premier partner brands. From toys and games, television programming, motion pictures, digital gaming and consumer products licensing, Hasbro fulfills the fundamental need for play and connection with children and families around the world. The Company’s Hasbro Studios and its film label, ALLSPARK PICTURES, create entertainment brand-driven storytelling across mediums, including television, film, digital and more. Through the company’s commitment to corporate social responsibility, including philanthropy, Hasbro is helping to build a safe and sustainable world and to positively impact the lives of millions of children and families. Learn more at www.hasbro.com , and follow us on Twitter (@Hasbro & @HasbroNews) and Instagram (@Hasbro).