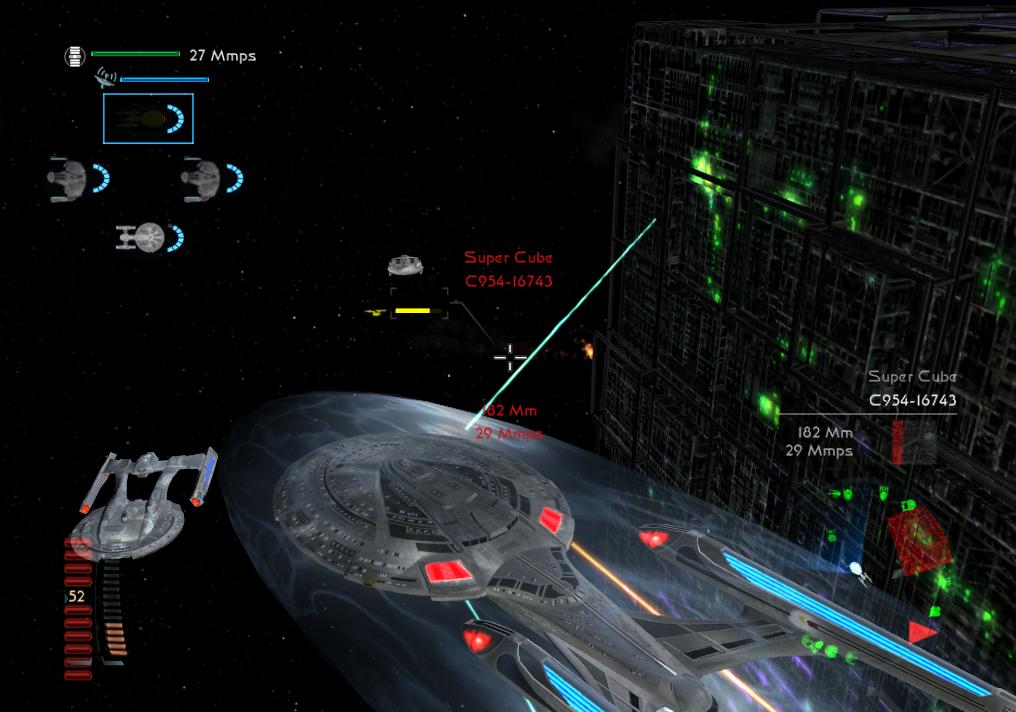 “I am delighted to have the chance to celebrate the 40th anniversary of Star Trek with my fellow captains by providing our voices to STAR TREK: Legacy,” said Shatner. “Bethesda Softworks has done an excellent job in creating an exciting game that stays true to Star Trek’s roots and accurately incorporates elements from each series.”

STAR TREK: Legacy is in development for both the Xbox 360™ videogame and entertainment system from Microsoft and Windows PC. STAR TREK: Legacy is scheduled to launch this fall under license from CBS Consumer Products. The STAR TREK franchise, which debuted with the Original Series in 1966, will celebrate its 40th anniversary this fall.

“We are absolutely thrilled to have the five actors who portrayed the STAR TREK captains take part in this project,” said Todd Vaughn, vice president of development, Bethesda Softworks. “Their participation, especially since it takes place during the series’ 40th anniversary, will add to the fun and excitement of the game and emphasizes our commitment to provide fans with the most authentic STAR TREK experience possible.”

STAR TREK: Legacy places you in the role of the Admiral of a task force of warships, which you control in small and large-scale battles. Test your strategic and tactical skills in real-time combat featuring over 60 authentic spaceships, full damage modeling, and spectacular visual effects. Play through the single-player campaign or in the extensive multiplayer mode with a group of friends online.
The compelling storyline in Legacy spans the entire STAR TREK Universe, including the Original Series, STAR TREK: The Next Generation®, STAR TREK: Deep Space Nine®, STAR TREK: Voyager®, and STAR TREK: Enterprise™ eras. STAR TREK: Legacy is being developed under the direction of Bethesda Softworks at the studios of Mad Doc Software, creators of the highly successful and critically acclaimed STAR TREK Armada II.
Celebrity acquisition and voice production services provided by Blindlight LLC.
STAR TREK: Legacy has not yet been rated by the ESRB. For more information on the title, visit the official Web site at http://startrek.bethsoft.com.