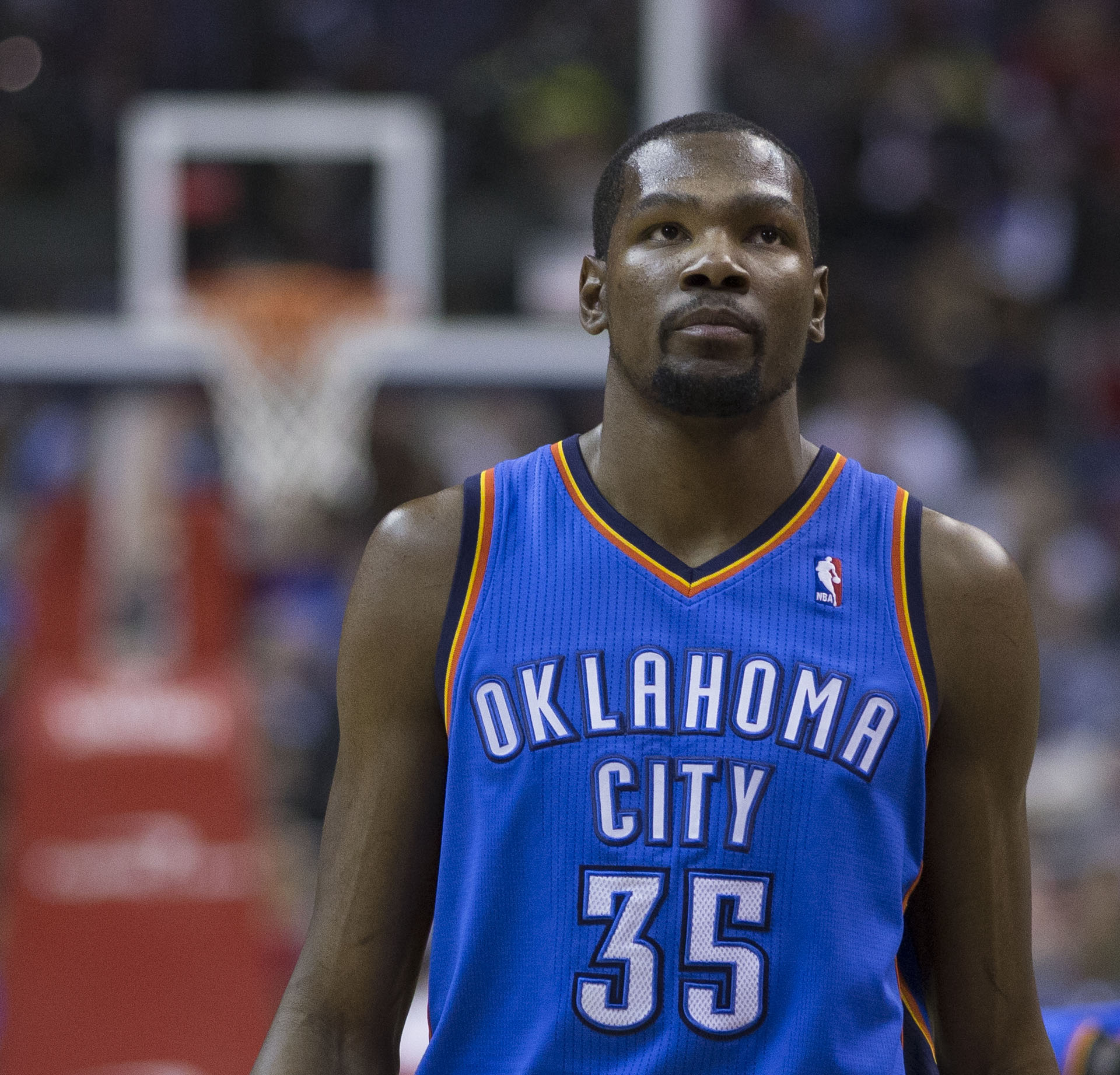 So if you are a sports fan like I am, there have been many story lines you have been following through the end of spring into summer (NBA finals, professional golf, MLB ect ect). Since there is so much to go over let’s just latch onto the story that got me out of bed early in the morning on my day off… Kevin Durant and his adventures in free agency. So first and foremost I think he did it like a BALLER, inviting the interested teams to come speak to him while he was enjoying the off-season… in the Hamptons! It was saying “if you want to hire me, you need to come show me why working for you is better than anywhere else… oh and I’m not going to interrupt my relaxation anymore than I have to.” I love it! So each potential team came with their A-game presentations to try and sway arguably the second best playing in the league (top 3 at least) to pick their city and their team. Oklahoma City, the team he has played for since the teams inception, felt strong knowing the kind of man Kevin Durant is. He has laid the foundation for basketball in that town, being one of the biggest stars in the world for the only professional sports team there, and being inducted to the Oklahoma hall of fame not too long ago.

They also have his good friend and ultra-talented Russell Westbrook who together with Durant played out of his mind this year… especially during their deep playoff run. So things looked good for them to keep him, sign him to a one or two year deal then when the salary cap moves up next year structure a deal that no team could match money-wise. But all along Kevin said this was going to be a basketball decision. Teams like Miami, Boston, and the Clippers all offered some great options. Pat Riley probably laid his rings on the table, told him to look at what he did for D-Wade and LeBron… come win titles and party in South Beach! The Celtics signed Al Horford, one of the best power forwards in the game, have a wealth of cap space/draft picks and a great young coach to build the team just how KD would want. LA flashed him the idea of playing with basically some of the most talented and popular players in the league and build their own Fab Four. With that being said… there’s Golden State.

Let’s cut to the chase… KD is going to be a Warrior next season, and the thought is absolutely ridiculous. With Durant, Steph Curry, Klay Thompson and Draymond Green, Dub City will have four of the NBA’s top 20 (if not 15) players. Think about that… that means each one of those guys is better than the best player on just about half of the teams in the league! So we all know the Warriors score like no one else in the history of the league… so you might think “how will Durant fit in that lineup?” He is a premier shooter, he can pass, he is a rebounder, he can finish in the paint, oh and he is also one of the most prolific scorers in the league that had to play along side one of the most ball-in-hand players in the league (Westbrook) for years. I think he will do just fine. So strap on your seat belts folks… next season should be a wild one!