Comments Off on Battletech Posted in PC Gaming, Steam 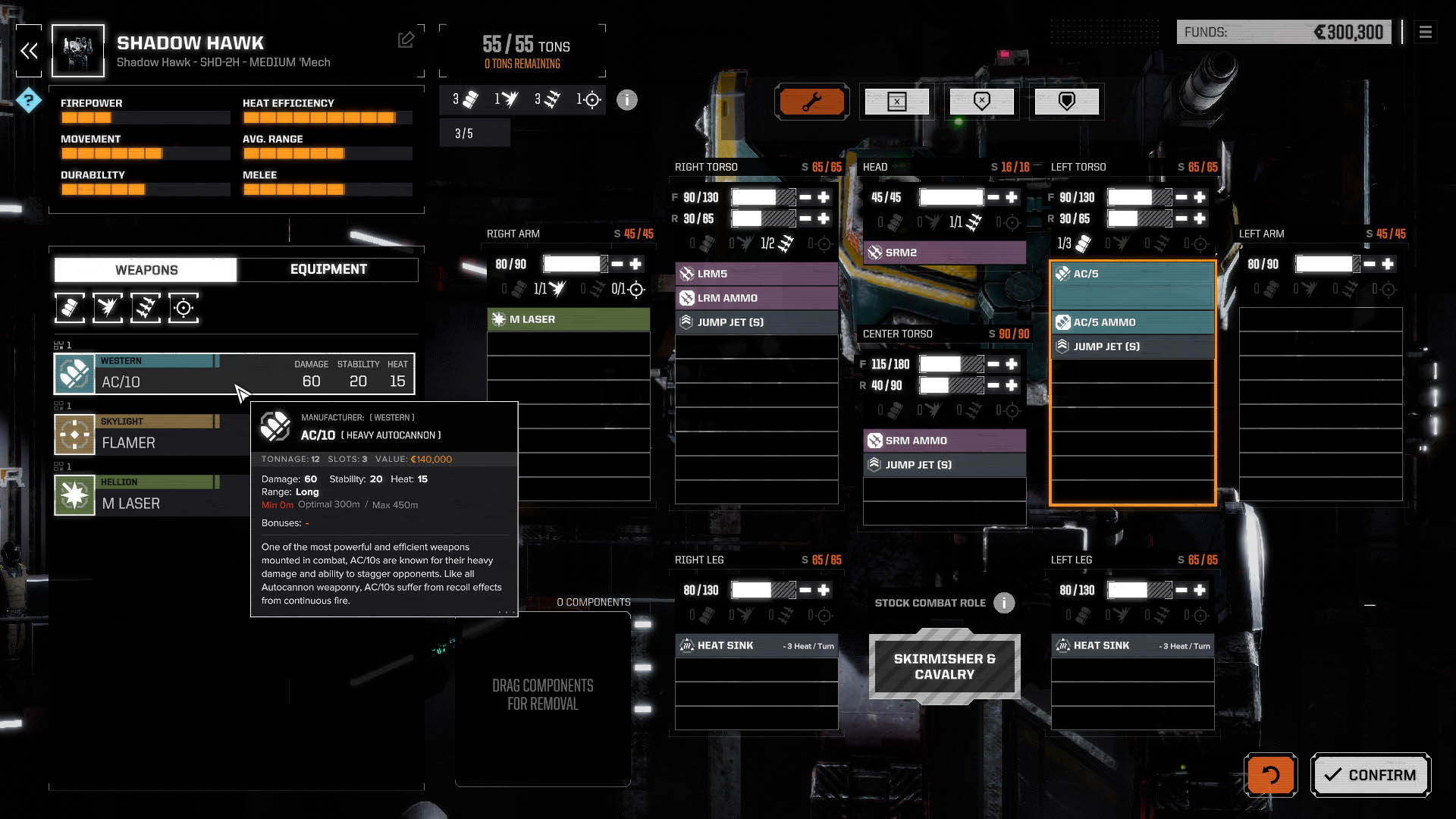 Can you tell I tend to favor PC Gaming? It is how I am wired, lol. Check out Battletech!

STOCKHOLM – April 24, 2018 – Paradox Interactive and Harebrained Schemes have announced the release of BATTLETECH, the first turn-based tactical BATTLETECH / MechWarrior PC game in over 20 years, made possible by the support of 55,000+ Kickstarter backers. BATTLETECH is available on PC and Mac for the suggested retail price of $39.99, with Linux-support to be added post-launch. The game can be purchased from Paradox Plaza, Steam, GOG, and other digital retailers.

“There’s a lot of love for the BattleTech / MechWarrior universe, and the entire Harebrained team feels incredibly fortunate to have had the chance to work on a tactical combat game worthy of its legacy,” said Jordan Weisman, CEO of Harebrained Schemes and creator of the MechWarrior universe and original BattleTech board game. “We hope that fans of the universe and strategy gamers in general find as much fun and excitement playing BATTLETECH as we found creating it.”

Developed by Harebrained Schemes, the studio responsible for the critically acclaimed Shadowrun Returns series, BATTLETECH is the next generation of turn-based tactical ‘Mech combat. The year is 3025 and the galaxy is trapped in a cycle of perpetual war, fought by noble houses with enormous, mechanized combat vehicles called BattleMechs. Take command of your own mercenary outfit of ‘Mechs and the MechWarriors that pilot them, struggling to stay afloat as you find yourself drawn into a brutal interstellar civil war. Upgrade your starfaring base of operations, negotiate mercenary contracts with feudal lords, repair, maintain, and customize your stable of aging BattleMechs, all in the service of executing devastating combat tactics to defeat your enemies on the battlefield.

“BATTLETECH is Game of Thrones meets Pacific Rim in space,” said Mitch Gitelman, studio manager at Harebrained Schemes. “[Kamea] hires you to do the types of jobs that her standing army can’t do.”

“That is within the context of your larger campaign, of reputation building and working for all the different houses… It’s a wonderful way to get a true, classic BATTLETECH story,” said Jordan Weisman, CEO of Harebrained Schemes and creator the MechWarrior and BATTLETECH universe. “This really opens it up for the player to extend their own story of their mercenary unit, in whichever direction they want to go.”

Developed by Harebrained Schemes, the studio responsible for the critically acclaimed Shadowrun Returns series, BATTLETECH is the next generation of turn-based tactical ‘Mech combat. You play as the commander of a mercenary company on the edges of civilized space, negotiating and executing a variety of combat contracts while attempting to keep your ‘Mechwarriors happy and your operations prosperous. The game’s story features the player falling in with the deposed ruler of a noble house and, fighting for either coin or cause, becoming a player in her bid to retake her throne. This game is available for PC and Mac, at a suggested retail price of $39.99. Linux will be added post-launch.

Some Videos Released Prior to the 24 April 2018 Launch