Ashes Of The Singularity 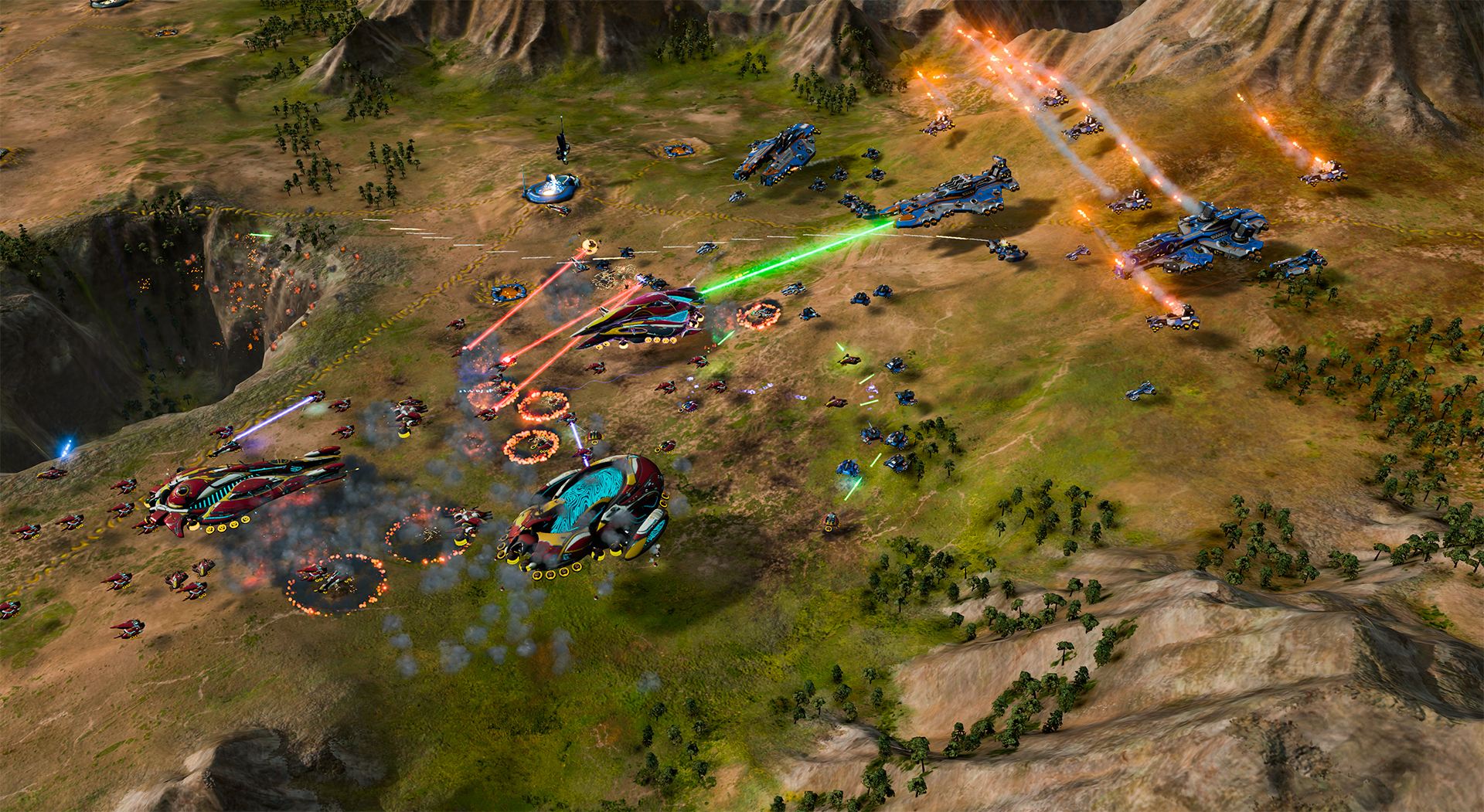 Ashes of the Singularity Turtle Wars DLC Adds New Scenarios, Maps, and More. This is a press release with a few Chris Jones additions!

Planetary Warfare on a Massive Scale!

IGN Says: “One of those games that comes along every few years and slaps us in the face to remind us what the word “strategy” means.”

Plymouth, MI. – June 30, 2016 – Stardock has released the Turtle Wars DLC for Ashes of the Singularity. With new single player scenarios focused around the player building up defenses against seemingly impossible odds and additional new maps to keep multiplayer matches fresh, this update brings challenges for players of all levels.

The Turtle Wars DLC pack contains scenarios such as “Implosion”, “Mountaintop”, and more, plus new maps that offer a wider array of options for multiplayer matches.

“Our goal is to continue to create a variety of maps with open possibilities,” said CEO and President of Stardock, Brad Wardell. “Some of these new maps are ideal for things like a 2v1 match, even a 4v1. We’ve also made sure to include a large-sized 1v1 skirmish map, which will encourage players to build much bigger armies for more epic battles.”

The new scenarios in Turtle Wars bring the focus to having the player build up and maintain their defenses against mounting enemy pressure. In the “Eruption” scenario, the player has the command of a single Hyperion Dreadnought and a handful of defensive structures and must somehow hold out against enemy siege while trying to turn the tides of battle.

In another scenario, “Turtle Wars,” the player is faced with several indestructible factories that are mass producing swarms of frigates. In order to win, they must hold off against the enemy and take control of the factories before the rest of the army makes it through the mountains to finish them off. Kinda cool, huh?

“These new scenarios add a different type of challenge and call upon a certain playstyle,” said Wardell. “We know that players will enjoy trying something new and then comparing their scenario scores against others’ in our Hall of Fame.”

The Turtle Wars DLC is now available for purchase on Steam or through Stardock.

To learn more about Ashes of the Singularity and become a Lifetime Founder with lifetime access to all future DLC content and expansions visit www.ashesgame.com .

About Stardock: Stardock is a leading developer and publisher of PC games and desktop software. Its PC games include Sins of a Solar Empire and the critically acclaimed Galactic Civilizations series. Its desktop software includes Start8, Fences, WindowBlinds, ModernMix, and more. Visit www.stardock.com for more information.

About Oxide Games: Oxide Games is an independent digital entertainment studio focused on delivering revolutionary leaps in PC and console gaming. Its groundbreaking Nitrous engine provides industry-leading visuals and powers its first game, Ashes of the Singularity. Oxide Games is based in Timonium, Maryland. Learn more at www.oxidegames.com.

About AMD: AMD (NYSE: AMD) designs and integrates technology that powers millions of intelligent devices, including personal computers, tablets, game consoles and cloud servers that define the new era of surround computing. AMD solutions enable people everywhere to realize the full potential of their favorite devices and applications to push the boundaries of what is possible. For more information, visit www.amd.com.