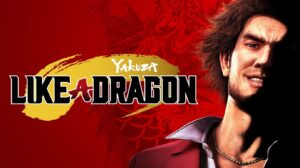 Yakuza: Like a Dragon has just been released for Xbox Series X|S, Xbox One, PC, and PS4. It’s coming to PS5 on March 2, 2021. This is the newest entry into SEGA’s Yakuza series and it’s made a great deal of changes in story-telling and gameplay that make this game unique and sets itself apart from the older games in the series. The player takes control of a brand new character, in a brand new Japanese city, and the gameplay during combat is totally different, too.

Just like its predecessors, Yakuza: Like a Dragon puts the player in the shoes of man who must fight against a deadly and dangerous Yakuza clan. You primarily play as Ichiban Kasuga, but this new entry into the series has a huge difference from every other game. You actually play as a team of four players. Instead of being a beat-em-up style fighting game during combat, the combat is actually turn based. There are still a wide variety of traditional and wacky enemies that might require some skillful strategy to get through the game, and you’ll need to take advantage of the strengths of all your characters. Like the past Yakuza games, this game also has many minigames throughout the city. Traveling through the city of Yokohama, you can participate in everything from kart racing to batting cages to arcade game to karaoke. 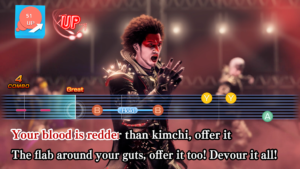 A Fresh Take on Yakuza

Yakuza: Like a Dragon has also opted to make various other changes to the game. Every Yakuza game from 2006 until now has been exclusively voice acted in Japanese. You now have the option for the game to be played out with English voice actors. Voice acting legend, George Takei, plays Masumi Arakawa. He is Kasuga’s patriarch and father-figure from his yakuza past. The Yakuza series has always focused on telling a long story while providing plenty of side-quests, minigames, and memorable boss battles. Despite the vast differences in the way that Yakuza: Like a Dragon plays and tells its story, it still has the same core focus that past releases have had. Whether you’re a long-time fan or a brand new player, this game could provide many hours of entertainment. If you’re a fan of Japanese storytelling or turn-based games, give this game a try. 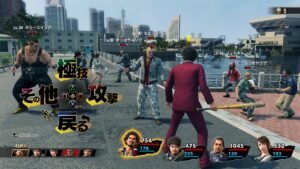 Changing to a turn-based combat system will give the battles a very different feel.