XCOM 2 Collection was released for IOS on November 5th, 2020. Originally published by 2k in early 2016, XCOM 2 was the direct sequel to the turn-based XCOM: Enemy Within. The game’s plot revolved around the player as the “Commander” of an elite international team of soldiers that must fight off the aliens that are invading the Earth. This time around, the Commander is leading XCOM as a renegade group of freedom fighters that are trying to fight back against ADVENT, the army of genetically modified humans that are slowly dominating more and more of the planet. XCOM 2 Collection will also include the War of the Chosen DCL and the Reinforcement Pack’s 4 separate DLCs.

The War for Humanity

XCOM 2 has become an acclaimed leader in the turn-based combat industry. The game offers a wide variety of choices and options for how the player chooses to develop their individual soldiers and XCOM as a whole. In XCOM 2, your entire base is an alien supply barge that’s been commandeered by your team. You will meet various scripted characters that help you improve your base and your soldiers. Central Officer Bradford makes his return to the XCOM series as your chief middleman with managing XCOM. Dr. Richard Tygan, an ADVENT scientist that has defected to your team, guides you through your technological and scientific progression. Meanwhile, Lily Shen replaces her father from XCOM: Enemy Within as your guide through your engineering upgrades. 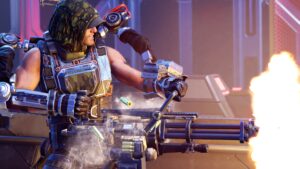 This class, the grenadier, carries a huge gun and focuses on heavy firepower.

The Fight Rages On

XCOM 2 and its DLC have brought numerous additions to the XCOM series that make the game unique and different. The DLC alone add 4 new classes of soldiers, bringing the overall total of classes in the game to 9. All 9 play totally differently and will force you to completely change how you try to complete your objectives in each level. Beyond class selection, there are numerous weapons and special traits that you can give your characters, which will cause you to truly care about the well-being of your soldiers. If you’re playing on a hard difficulty and find yourself growing attached to your characters, you can expect to load to old saves pretty often if you can’t except the death of an important character. You can also choose nearly everything about the soldiers that you recruit, from their attire, to their gender, to their nationality. The game gives you a great deal of choice in progression and style, all while maintaining an excellent story with engaging strategic combat. This game is a must-have for lovers of turn-based  gameplay. 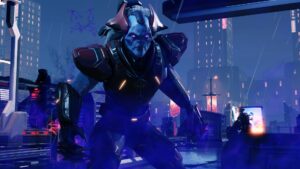 The Chosen Warlock is one of the powerful aliens featured in the DLC.