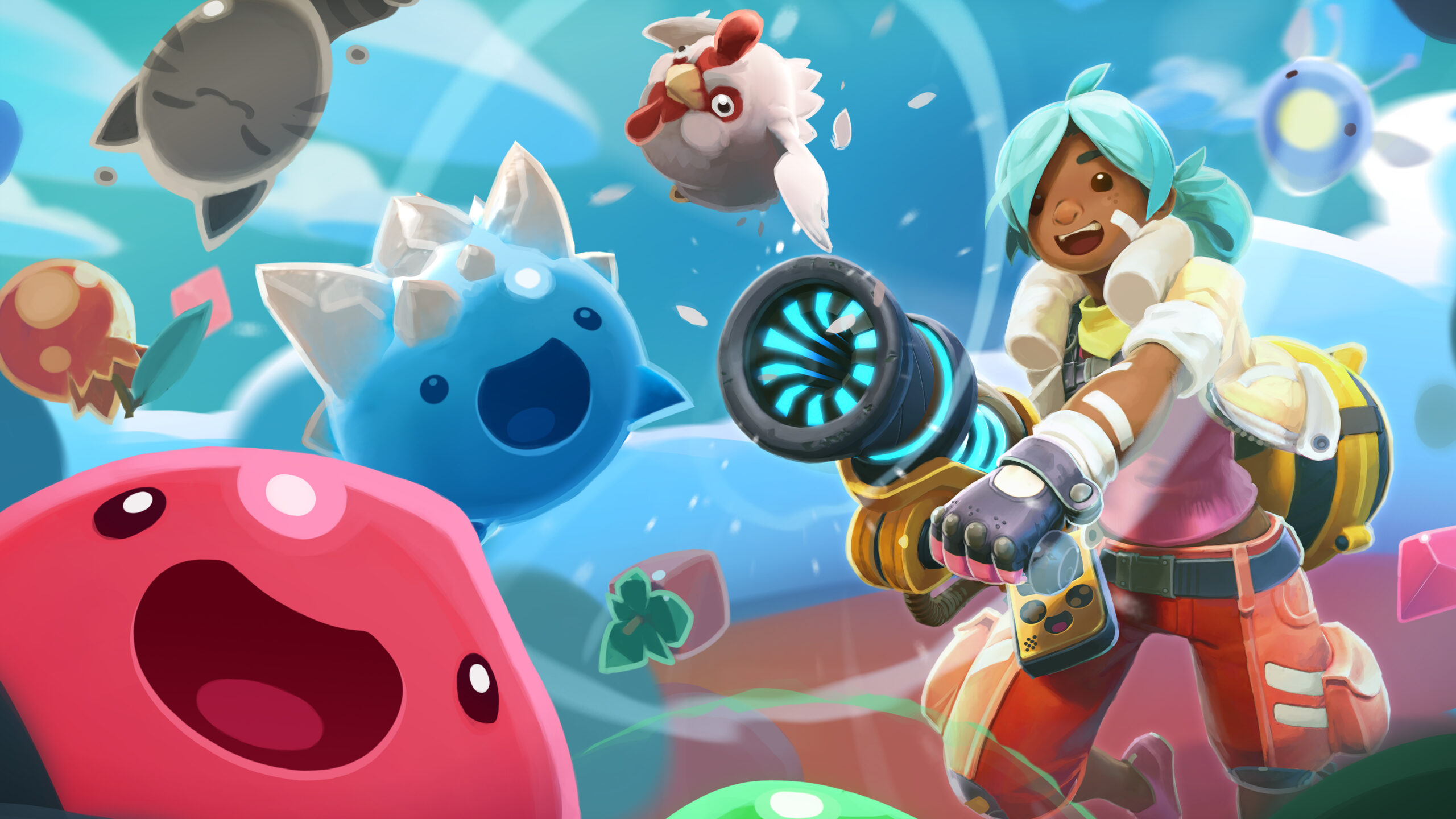 Slime Rancher is one of Steam Early Access’s greatest success stories. It’s the first game produced by the California based studio Monomi Park. The game has sold over 3 million units and usually has hundreds of thousands of monthly players. That’s an impressive feat for an indie studio’s debut project. The game first arrived on Steam in January of 2016 and was fully released in August of 2017. Since then, a stream of free DLC and content updates have kept the game fresh. The studio’s long-lasting devotion to the game continued to drive it’s sales on Xbox, Playstation, and PC. Slime Rancher proves that you don’t need a giant team to make a well-received game with a healthy community of dedicated players. 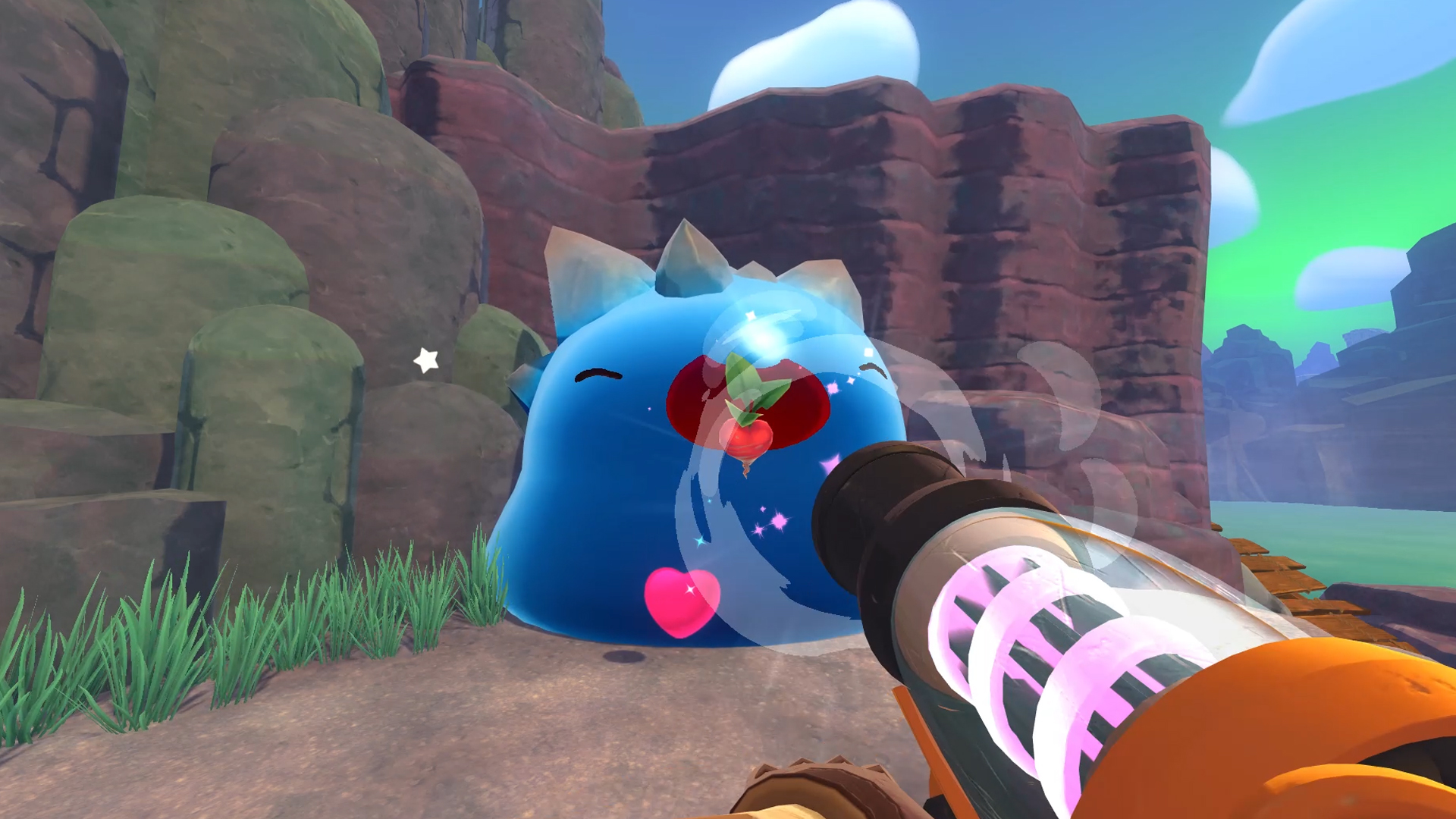 There are a wide variety of slimes that you can find on the Far, Far Range.

Not an Average Farm

In Slime Rancher, you play as Beatrix LeBeau. She’s traveled to an alien planet inhabited by creatures known as “slimes”. She’s inherited a ranch on the planet and she plans to make a fortune by collecting and combining the the tons of different types of slimes. Slime Rancher is a sandbox game, meaning that you’re placed placed into a large world with minimal instruction on what to do. You interact with the world the way that you choose to interact with the world. You explore the wild at your own pace and discover the game’s hidden secrets as you navigate the world. As you learn more about the mysterious planet, you’ll also come across more and more interesting and unique slimes. Hardcore fans of the game have spent many hundreds of hours collecting all the slimes, making their own hybrid slimes, and simply taking care of the slimes that they already have. The potential fun is potentially endless, especially considering the consistent stream of additional free content. 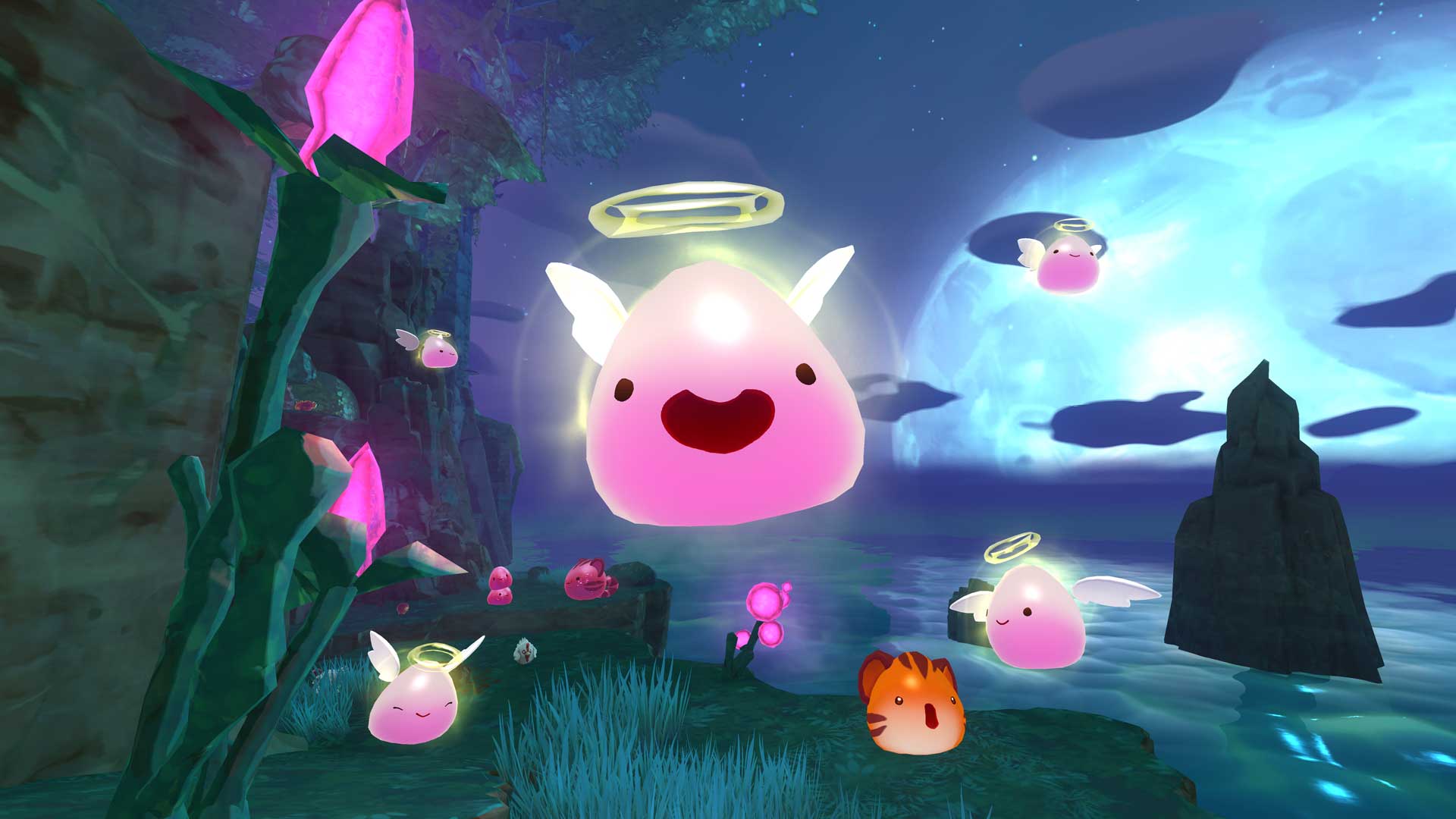 Who couldn’t love an angel slime?

How has Slime Rancher been able to maintain its player base? Well, players are excited to see what comes next in the game. Without forcing the player down a questline, they want to see what the rest of the world has to offer. A beautiful soundtrack and welcoming graphics also help to keep people coming right back. People are excited when more content keeps getting added that upgrades everything from the gadgets, to the ranch, to the crops, to the slimes. As long as Monomi Park keeps showing Slime Rancher the love that its shown the game in the past, the player base is probably here to stay.