Yesterday, Bandai Namco revealed the newest DLC character to be added to Shinobi Strikers. Naruto Uzumaki in the Sage of Six Paths mode from his fight against Kaguya will be available to players in 2021. Naruto to Boruto: Shinobi Strikers was originally released on August 31st 2018 and is still the most recent video game title from the Naruto universe. It is also the first in a long line of video games to allow you to create your own unique Naruto universe character. One of the primary draws of the DLC is that each new added character provides your unique character with new apparel to wear, weapons to wield , and moves to learn. This lets the player combine the abilities and attributes of all their favorite characters into one powerful ninja of their own. This new feature combined with the team-battle gameplay sets Shinobi Strikers apart from past Naruto titles. 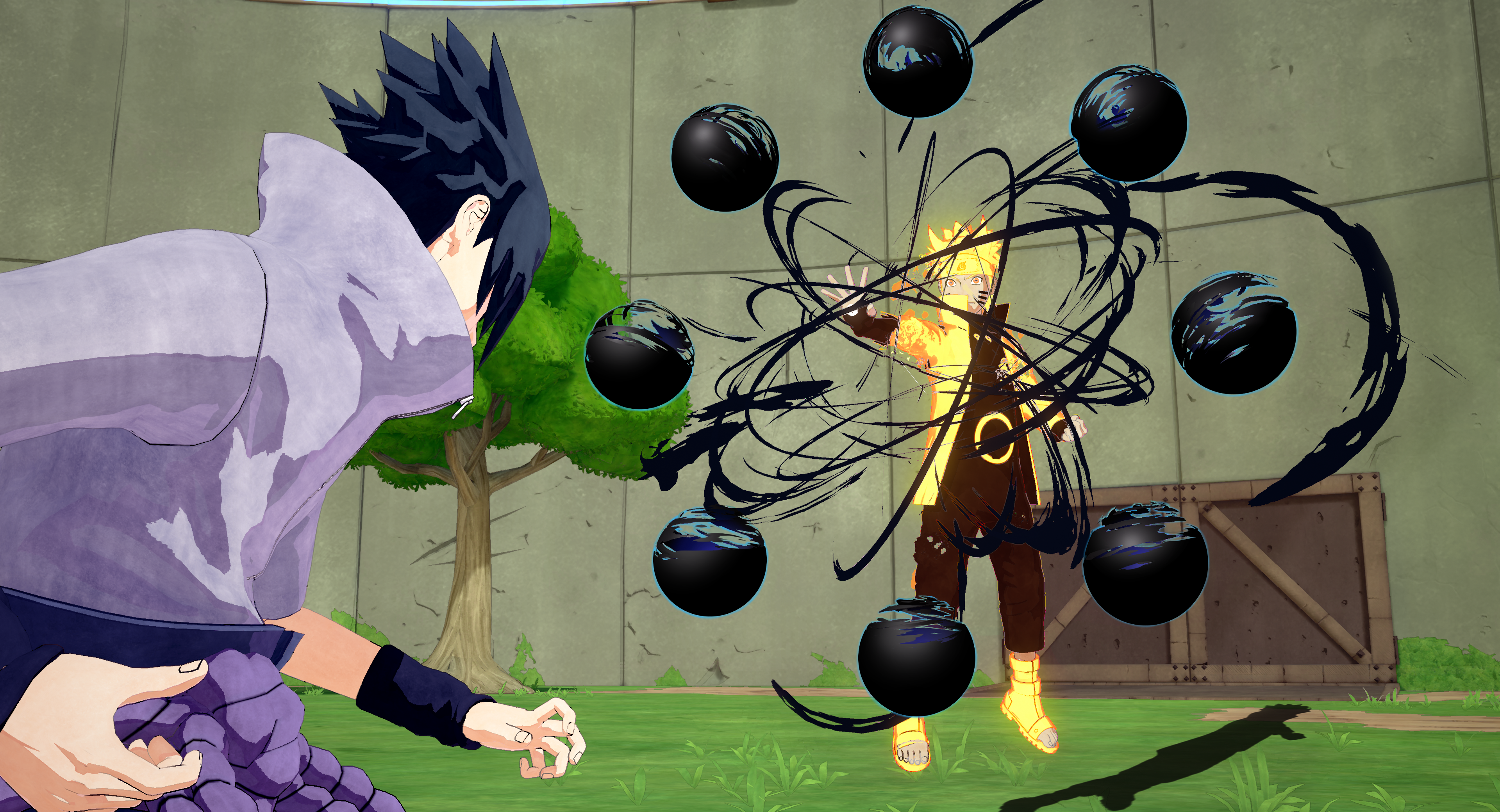 Shinobi Strikers continues to pump out DLC characters over 2 years after its release.

Shinobi Strikers is very unlike previous Naruto games. Not only are the game’s new features unique to this title, there are unfortunately some classic features that are stripped. For example, Shinobi Strikers has no narrative or story mode. There isn’t a scripted adventure for your character to go on. Rather than developing an elaborate single-player experience, Shinobi Strikers focuses on multiplayer. Players are expected to individualize themselves by fleshing out their playstyle. Whether you want to use a unique character or a character from the anime is up to you. Gameplay consists of 4 vs. 4 team matches where players go head to head against each other on a relatively large map. Each character in the game is given a special role. There are Attack, Ranged, Healing, and Defense characters. A well-balanced team would develop a strategy to make proper use of all these roles. Players can also enjoy different game modes. These include flag battles, base battles, and combat battles. 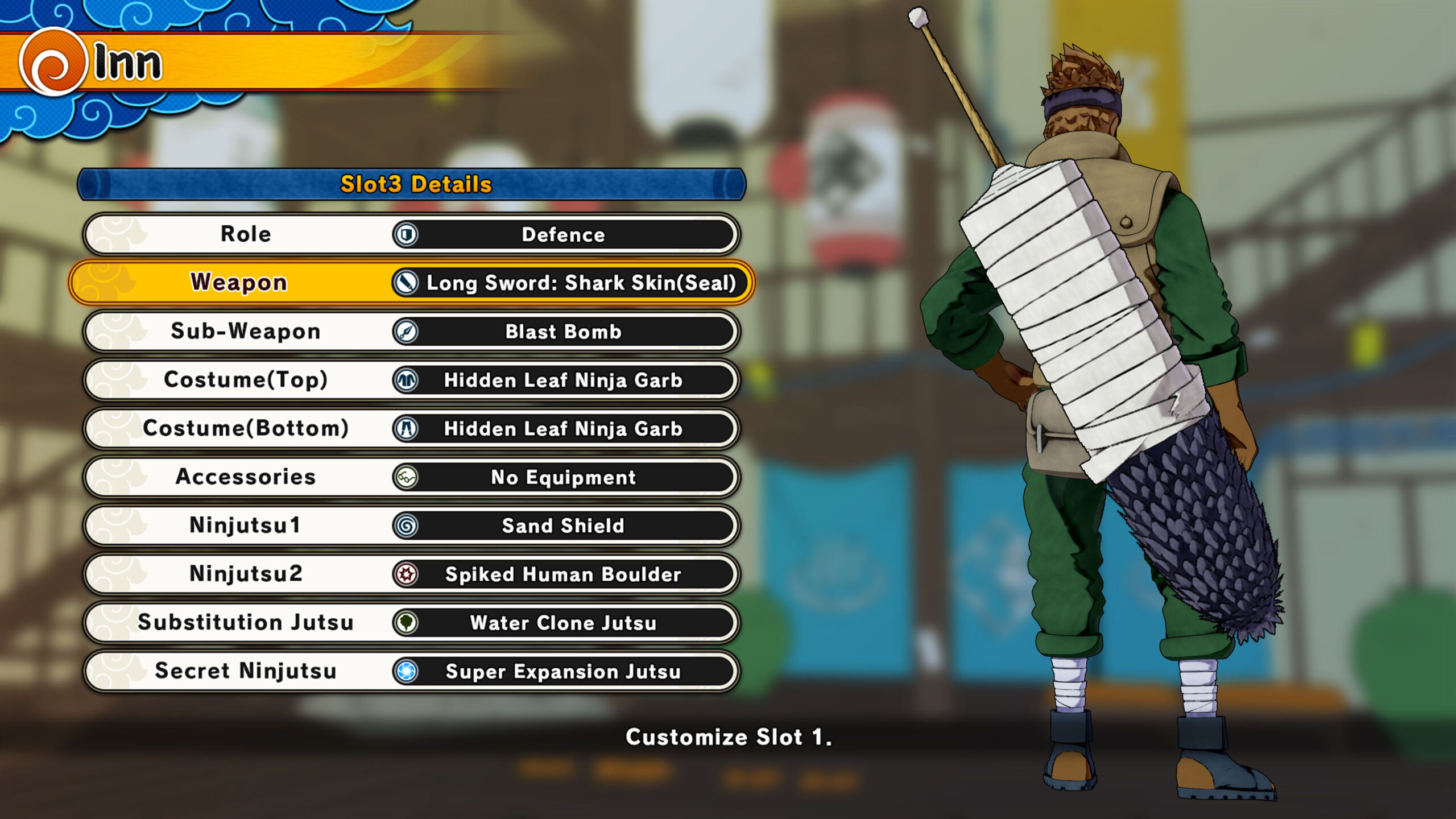 A unique character in Shinobi Strikers can use almost any major weapon or ability that makes an appearance in the anime.

Much like the DragonBall Xenoverse series and Jump Force (both produced by Bandai Namco) Shinobi Strikers wants to generate excitement for its players by letting them create their own character that utilizes elements from characters in an existing universe. This lets the player live out the fantasy of what their own original character would be like. However, unlike Xenoverse and Jump Force, there’s no story arc that comes with the character creator. So if you don’t really enjoy the gameplay, you probably won’t feel like you got your money’s worth after purchasing this game. The DLC does add great content. There are plenty of new characters and loads of new customization options for your character. But these can get pricey at $30, $30, and $15 for each season pass on top of the $50 base game. If you’re a fan of Naruto and you enjoy co-op fighting games, you might really like Shinobi Strikers. But if you’re looking for a fighting game that has a narrative, look elsewhere.