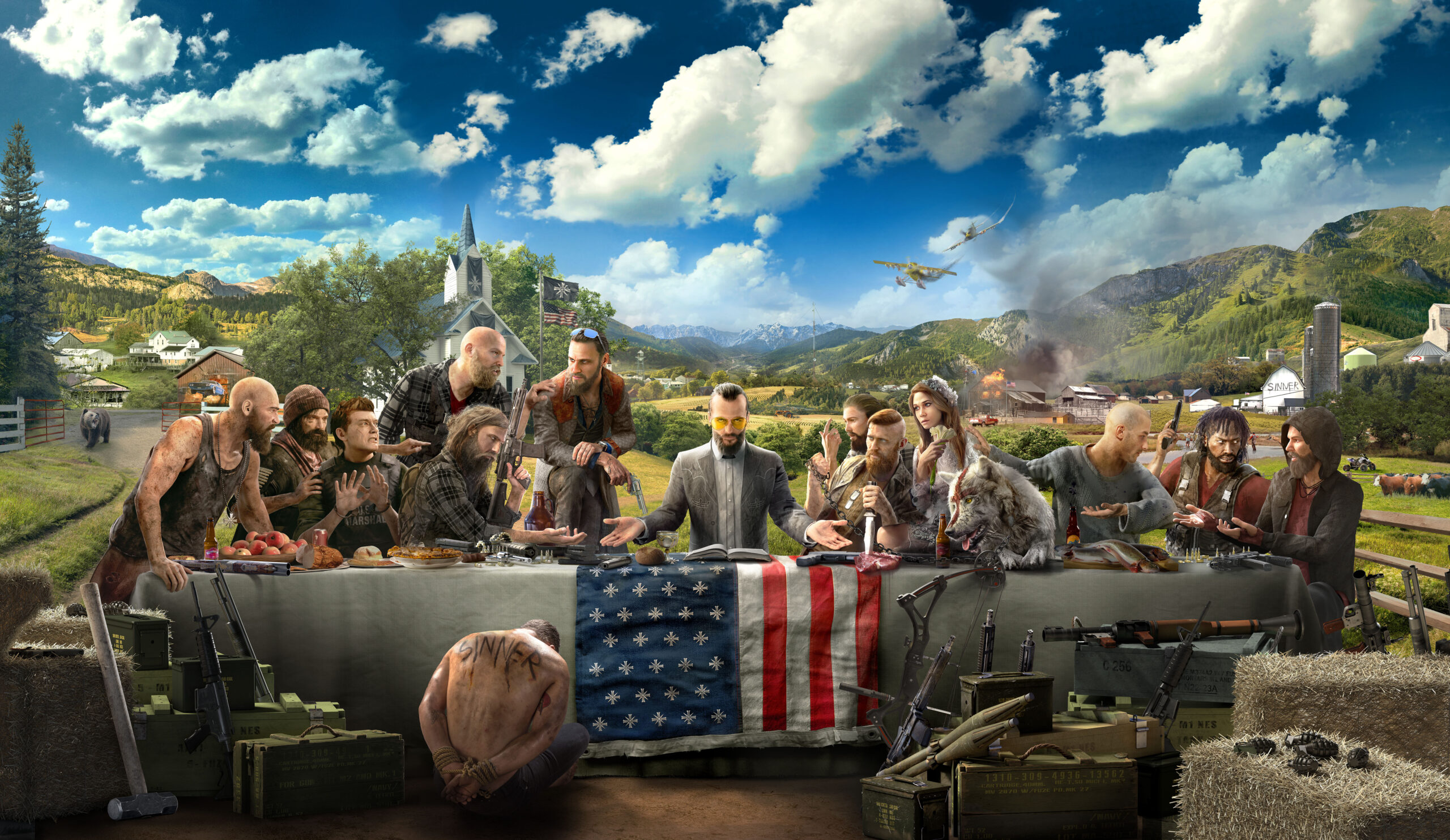 The entire Far Cry series is on sale on Steam for 70% to 80% off. Published by Ubisoft, the Far Cry series has stood the test of time since the original release in 2008. Each game has a totally unique story and can be enjoyed completely individually. Ubisoft is expecting to release the next title in the franchise, Far Cry 6, sometime in late May 2021. But until then, we’ll just have to make do with what we have. Far Cry 5, released in 2018, was the most expansive entry in the series. It had the largest map, a well-crafted story mode with different endings, a co-op mode, plenty of weapons, a well-developed progression system, and plenty of other features to keep you entertained. Many players might even find some the most memorable parts of the game to be the cutscenes that play out between some of the action in the story. Like many other titles in the series, Far Cry 5 has a lot to offer. 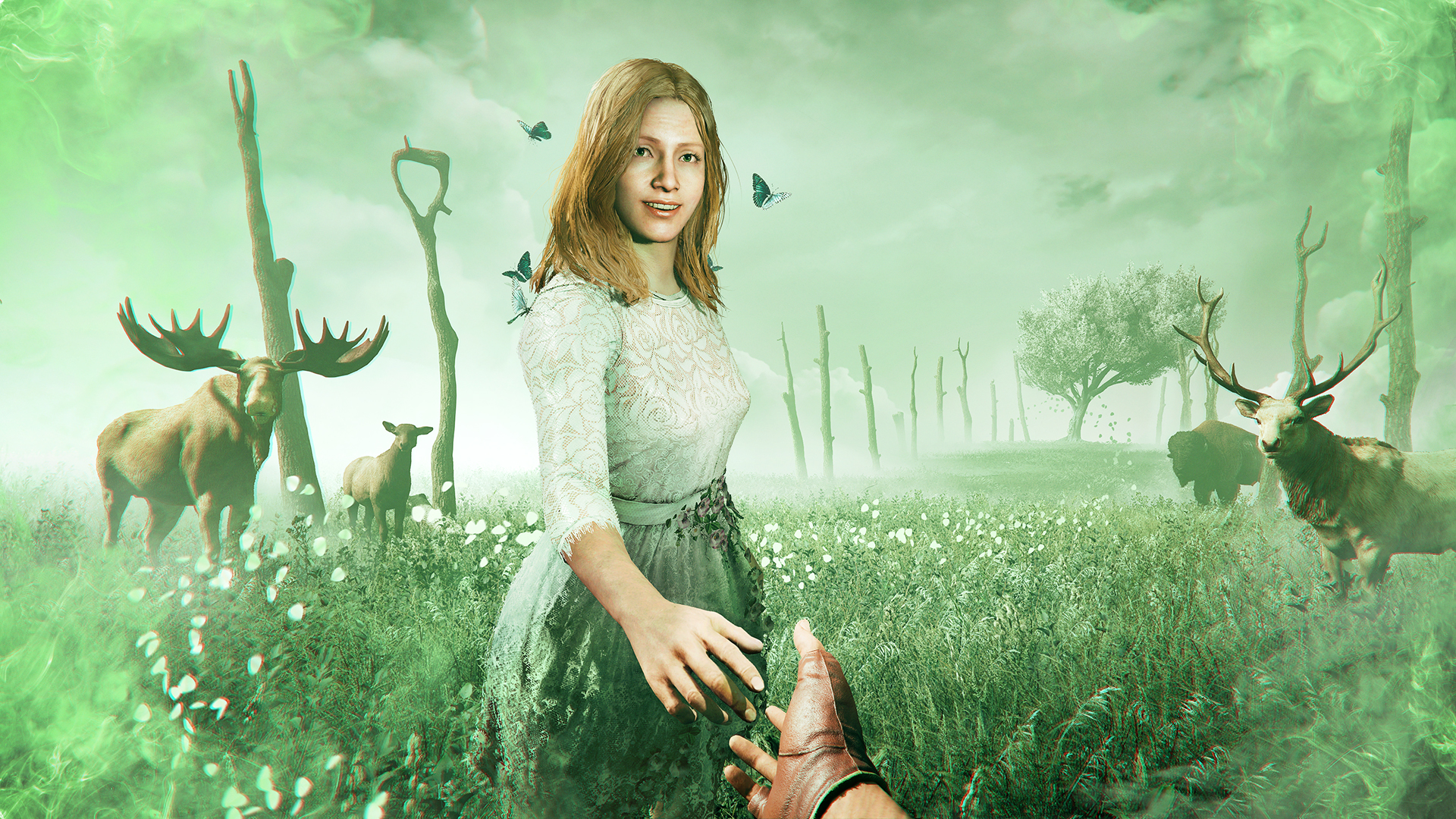 Each member of Joseph Seed’s family contributes to the cult in a unique way. Faith Seed keeps cult members brainwashed by drugging many of them.

Far Cry 5 is set in the formerly peaceful Hope County, Montana. The county has been taken over by an insane cult known as Eden’s Gate. They’re led by the charismatic and crazy cult leader Joseph Seed and his siblings. You’ll have to save the county from Eden’s Gate, one step at a time. The map is split up into regions that are controlled by each sibling. As you liberate each region from the cult, you’ll eventually be able to face that leader and take another step towards ending the deranged cult. Outside of the main story, there are also many side quests that you’ll participate in as you level up. The range of character can be quite bizarre, as Far Cry 5 utilizes humor a bit more than most of its predecessors. By the end of many side quests, you can gain a character as a companion that you can fight alongside for the rest of the game. 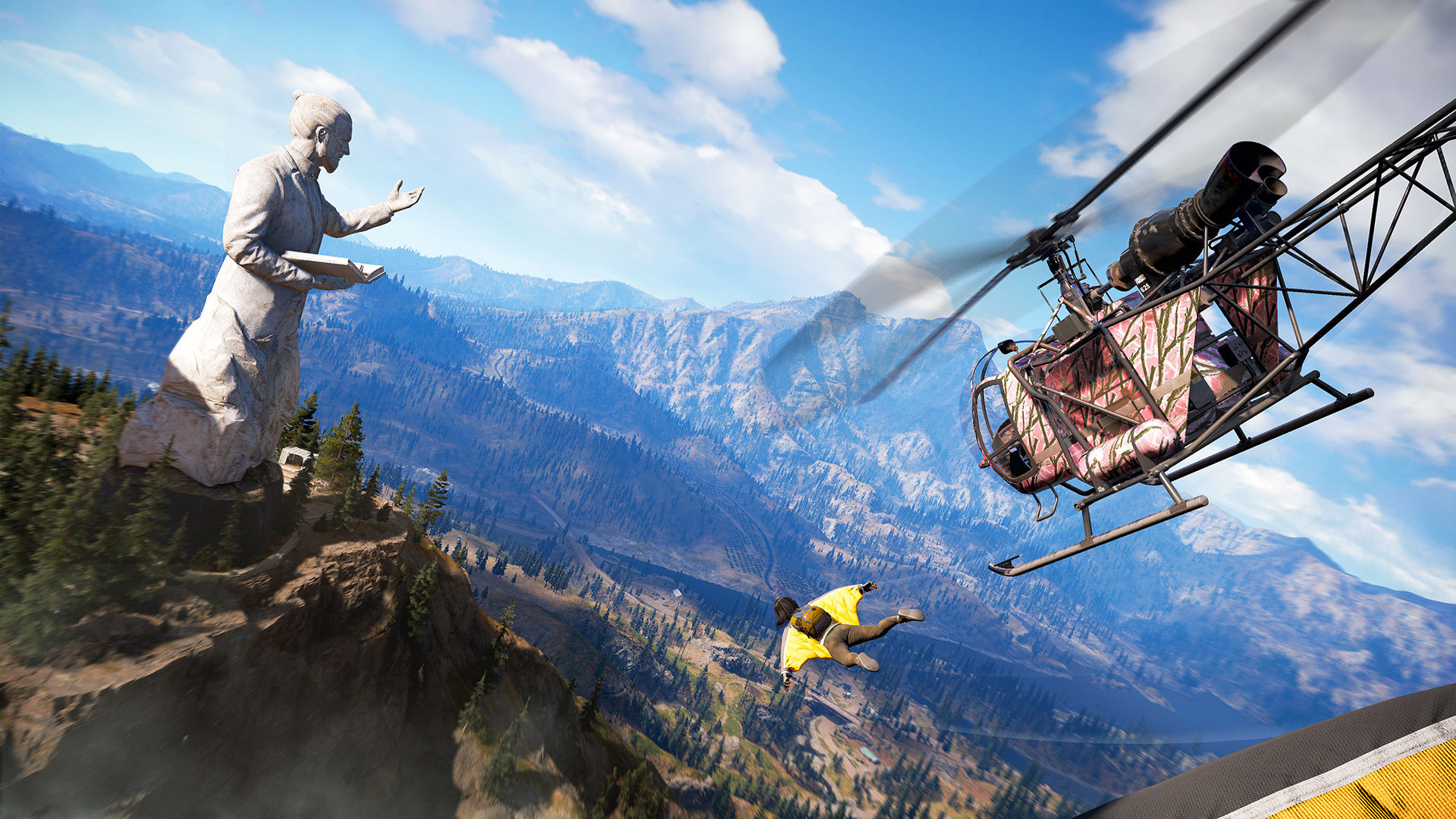 Far Cry 5 gives you plenty of ways to get around. You can fly in a plane, helicopter, and even in a wingsuit.

The Land of the Free

Purging Eden’s Gate from Montana won’t be easy. You’ll need to create a plan, assemble a team, gather weapons, and hone your skills to take the cult down. There are tons of different ways that you can go about fighting the cult. The game features many different types of guns, explosives, and vehicles. Beyond the usual cars, you can now fly planes and engage in a dogfight against other pilots. You can choose to focus on combat and go in to fights guns blazing. But you can also focus on stealth and try to assassinate your enemies quietly or from afar. The Far Cry games are AAA titles made by teams that put thousands of hours into its development. Pick this game up on sale if you want a fleshed out and massive game for a low price.