Imagine the set up, I’m sitting on the sofa with a can of Rockstar Energy (Destiny 2 Branded) in one hand and my PlayStation controller on my lap it’s 23:58 on September 5th 2017

pre-installed padlock will finally be opened and I’ll be rejoicing in a moment that’s been on my mind for the last year!

23:59 my inbox start’s getting filled with comments from my fellow clan members (Random Fruits) requesting not to post any spoilers.

00:00 the lock is off and now the race to sign in and not spend the remainder of the night staring at a screen informing me that I’m in a queue is on, I mash away on the X button attempting to skip the bungie logo and get to the log in screen …I’m treated to a selection of images and dates of key Destiny 1 moments that I had shared with my fellow clan members. 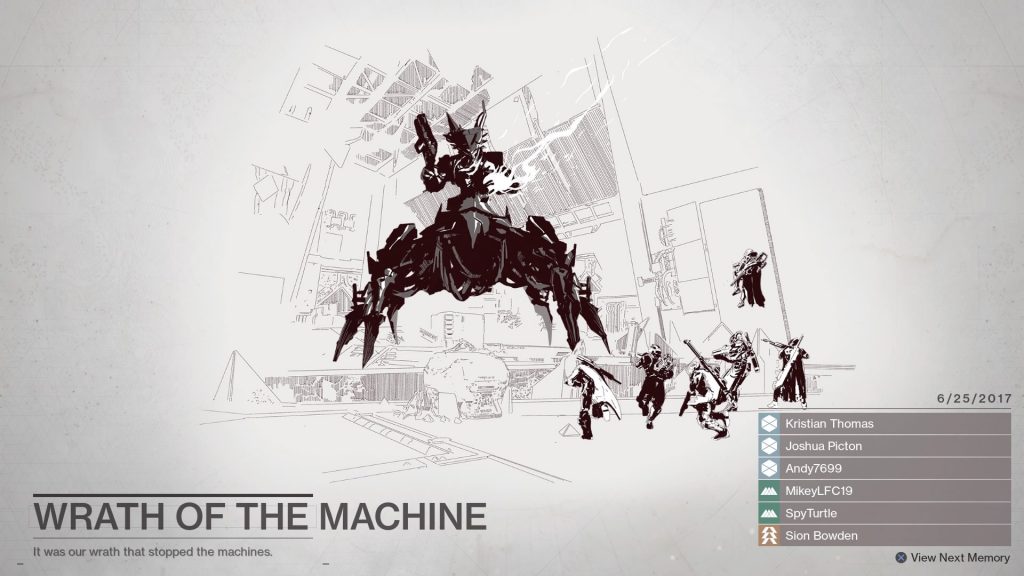 You have three types to pick from: Titan, Warlock and Hunter all very different in ability and all have their own Armour sets to collect.

I’ll start with the Titan class as it’s the main one I’ve used for the past three years on the original game.

The Titans are, in short, Destiny’s answer to a Tank class with awesome shoulder charge and Flaming Hammer throws (Super move).

The Warlocks are basically Wizards of the Destiny world with an Electric Shock type super much like the Emperor from Star Wars.

The Hunter class has the ability to turn invisible and shoot off purple arrows tethering the enemy’s leaving them open to attack.

It’s the the diversity of these three classes that make for an awesome Fireteam. 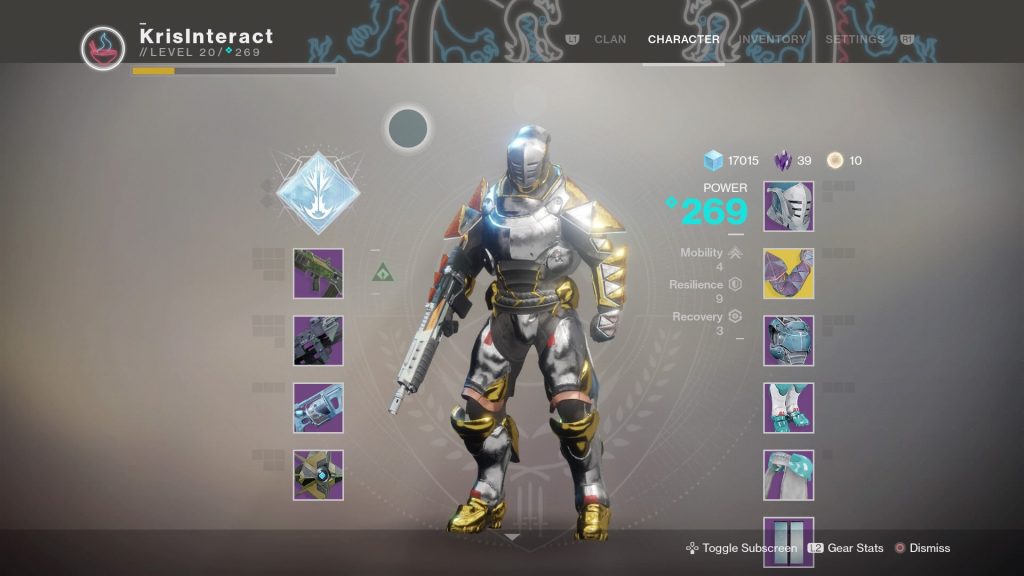 Now I don’t want to be spoiling any story for anyone and yes this game does have a story!

After the disappointment of the original it’s clear Bungie listen to criticisms.

The Story starts with your Guardian (Destiny’s Answer to Halo’s Spartan) returning to the Tower just as it is under attack from an Alien Race known as the Cabal (Sort of Space Rhinos/Turtles) led by Ghaul or Garry as Destiny 2’s marketing campaign would have you call him.

The reason for the attack is to take the Traveler’s  light and steal it for himself.

Like I said I don’t want to give  much away on the plot focus more on what Destiny 2 is. At its heart it’s an Action first person Shooter with elements of RPG progression, its main emphasis being on Loot and boy it’s got a lot. 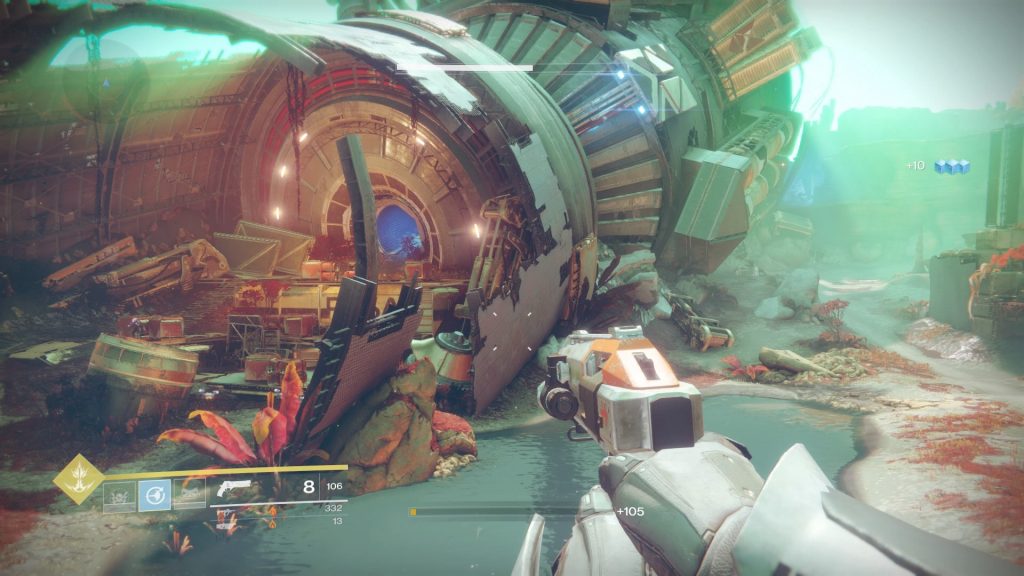 All that lovely Loot!

You kill enemy’s to drop little green/blue/purple/gold Pentagonal Dodecahedrons (engrams) containing anything from materials used to upgrade items  Weapons and Armour, the colour of the engram determines it’s value gold being best.

The game has multiplayer modes for both PvP and PvE with the latter being probably the best part of the game, join up with a fire team of two other Guardians and take down massive waves of enemy’s, it reminds me so much of Split-Screen fun on Halo: combat evolved, yet another gem made by Bungie for the original Xbox.

You can repeat Story Missions with friends or taking on the challenge of the weekly Strike playlist.

As it’s an online game it’s loaded with weekly themed events, One such event is the Nightfall, a kind of hard version of a strike that give high level gear

The main aim of doing all this is to achieve a high enough Light level to take part in the Weekly Raid!

Now this is what Destiny 2 is all about, it’s a Six man fire team racing through increasingly challenging set peaces with the goal of getting Raid gear!

Destiny 2 has a lot going for it but it’s not without a few annoyances one such annoyance is the Eververse trading co. a sort of Pay for extras store built within the game and yes I know you can technically unlock these rewards as you level up but it’s still a pain to get the shader you want without grinding all weekend. 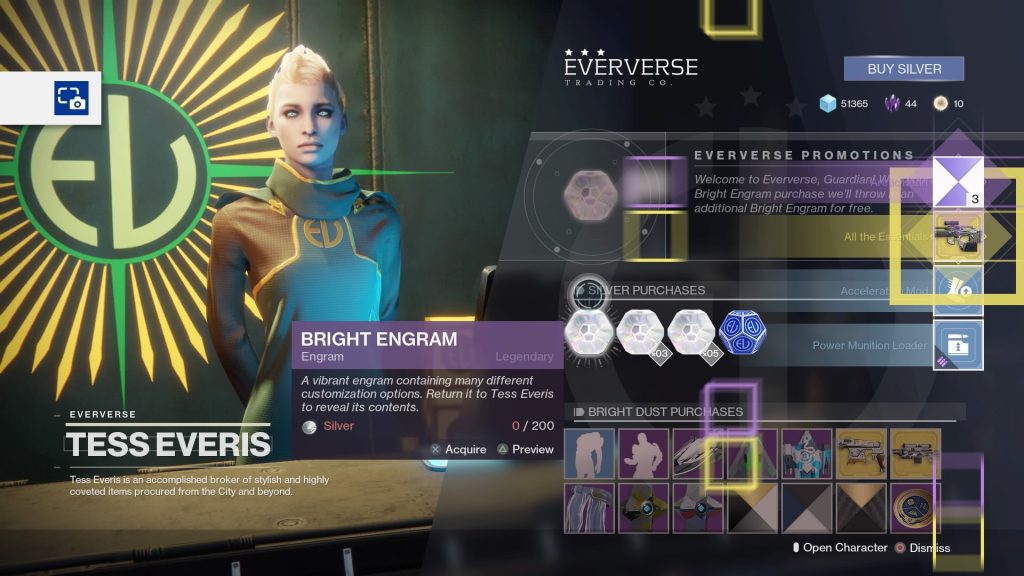 There is simply far too much for me to cover in this article such as Exotics, the many different species of enemy and future DLC!